The once famed capital of the Inca empire and now Peru’s most popular destination city, there is no shortage of things to do and see in Cusco. Built on Inca construction and history, then conquered and remodeled by the Spanish, Cusco is unlike any other city in the world. From the streets and architecture to the people and their clothing, here is why you need to make Cusco your number one travel destination.
Ruins

In Cusco, ruins abound almost everywhere you go. Only a short walk from the Plaza de Armas is the temple of the sun, which was once covered in gold before the Spanish conquest, and overlooking the plaza is the giant fortress ruins of Sacsayhuaman. You don’t even have to leave Cusco to find more than a day’s worth of ruins to explore.

1.The views
Take a hike up from the city to the top of the valley and gaze out at the beauty and wonder of Cusco. From the mirador at Sacsayhuaman ruins you’ll be able to catch a glimpse of the holy mountain (Apu) Ausangate, which looms large in the backdrop.

2.Clothing style
Cusquenos are a very proud people, descendants of the Incas. Within the city you’ll find a mix of styles, ranging from the traditional to the modern and everywhere else in between – a combination only found in Cusco.

3.The architecture
Walking around Cusco feels as though you’re in a time warp, especially in the Plaza de Armas. Here the buildings will have Inca foundations, evinced by the finely laid rocks, with colonial architectural finishes – something you’ll only find in Cusco. There are also magnificent churches made of stones from destroyed Inca temples.

4.The narrow streets
One thing you’ll notice walking around – especially for Americans – are the small, narrow cobble-stoned streets throughout the city. There’s no way large, American pickup trucks can safely navigate through these Inca-made streets. The narrow streets and corridors are one of the defining characteristics of Inca city planning.

5.Plaza de Armas
In a country filled with beautiful plazas, Cusco’s might just be Peru’s finest – which is saying a lot. The plaza is surrounded by colonial style buildings, many with Inca rock foundations, and is anchored by two stunning churches. Grab an Inca Cola, sit in the plaza and soak up the beauty.

6.The history
The city of Cusco was once the capital of the Inca empire and considered the center of the universe. It was the home of emperors and its rich cultural history is still palpable as you walk its streets.

7.Llamas and alpacas
Where else in the world do llamas and alpaca just run wild in a major city? While not exactly running wild – they’re usually on a leash – you’ll find these fluffy animals everywhere. No longer beasts of burden, the llamas on the streets of Cusco have become props for tourists’ photos.

8.The culture
The culture of Cusco is a mix of Spanish-Peruvian and Andean-Peruvian traditions. This confluence is no better represented than the famous painting of the last supper, with a cuy (guinea pig) as the main dish on the table. Christian and Inca beliefs merge and live side by side.

9.The food
Being so close to the jungle, Cusco has no shortage of fresh fruit and vegetables to choose from as well as its traditional foods like alpaca and cuy. Chomp down on an alpaca burger, pick at the Andean delicacy that is cuy or try your luck with Cusco’s ceviche, which uses fresh water fish.

10.The shopping
Shop. Shop. And shop. Cusco is souvenir heaven with no shortage of cute trinkets and beautiful textiles to take back home to family and friends. Cusco is also home to plenty of alpaca and even Vicuna products for about a third of the price you’ll find them back home. Make sure to carve out at least two days just for shopping. 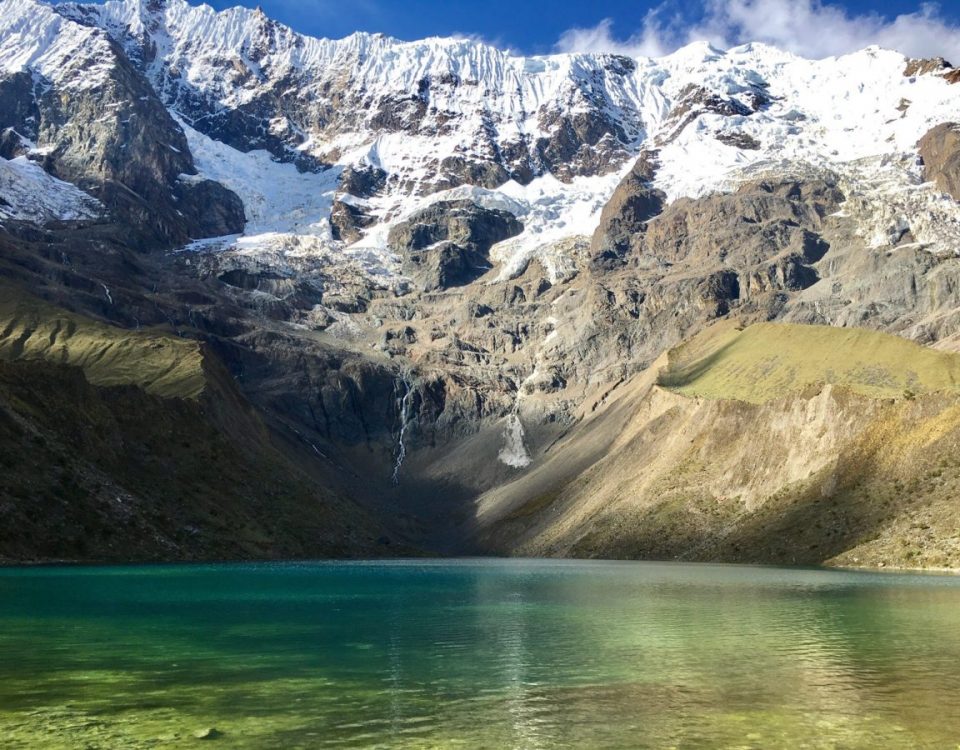